The Birds, The Bees, and Bats! 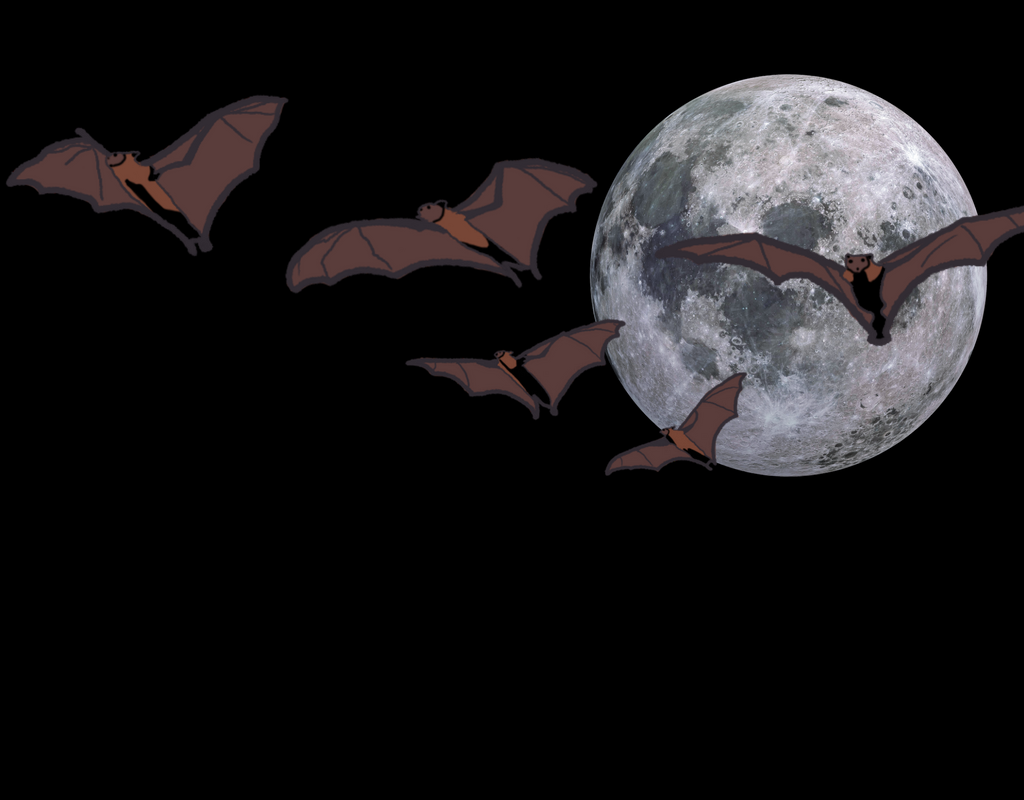 You may not realize it, but the birds you think you see in the sky at night are actually bats! There are over 1300 species of bats worldwide, making them the second largest mammal population. Although there are so many common misconceptions about them,  they are vital to the ecosystem health and our economy and they are also the best at taking over the night shift for pollination!

While bats don’t have eyesight, they use a sophisticated echolocation to track insects in complete darkness. Using echolocation, a bat will emit sounds that echo and bounce back, allowing it to detect obstructions in its path.

Vampire bats do exist, but there are only 3 species out of 1,300 that feed on blood – and only 1 out of those 3 target mammals. These vampire species are only prevalent in Latin America and their saliva has been found to make medication that helps humans prevent strokes.

It is likely you will never encounter a bat with rabies. Rabies is something contracted from mammal-to-mammal. With that, they hardly ever meet another mammal since they glide through the air and can’t actually fly from the ground. If one is ever approachable, it is likely sick or injured and should not be touched like any other wild animal. 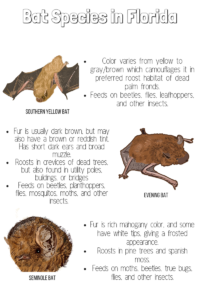 Because of the many different species of bats, each one can have a different purpose in benefiting its local ecosystem. Insect-eating bats are responsible for targeting insects and pests that are damaging to crops like corn, watermelon, and artichokes. One particular moth that bats prey on is the corn earthworm moth. This moth is estimated to damage more than $1 billion worth of crops a year. In Texas alone, bats are held responsible for saving $740,000 annually. Throughout the entire country, scientists account that these animals save $3.7 million per year.

Bats that eat fruit in tropical regions disperse seeds that help restore cleared or damaged rainforests. The seeds that they drop can account for 95% of a first new growth in clearings that birds steer clear of. Seeds that bats commonly drop are avocado, cashews, dates, and figs. Bat droppings called guano is also considered a rich natural fertilizer and is a major natural resource. Bats are responsible for pollinating peaches, bananas, durian, cloves, and agave, and many more!

Despite all the benefits that bats provide to our economy and ecosystems, their populations are declining at an alarming rate. According to the International Union for the Conservation of Nature, 24 bat species are Critically Endangered, meaning they are extremely vulnerable to complete extinction. 53 other species are Endangered, and 104 species are Vulnerable.

Efforts to protect bat populations are in place, but unfortunately bats are extremely slow to reproduce. Most female bats only give birth to one or two pups per year. The alarming loss of habitats for bats such as forests and caves rouse bats out of hibernation. These conditions force them to use all of their fats stored for surviving the winter. The White-nose syndrome (WNS) is also cause for the decline in bat populations, reducing the population of the common little brown bat to 1% of its population before WNS.

As if bats didn’t face enough mortal danger, species of bats that are already sick from WNS can account for 60% of wind-energy fatalities. The rise of wind-powered energy has caused an estimated 650,000 to 1.3 million bat deaths from colliding with wind turbines between 2000 and 2011. Because of the drastic fatalities, solutions to minimize bat deaths have been developed and are slowly being implemented.

One way to help the population of bats is by building a bat box, or house. These are usually up to 2 feet wide and 3 feet tall to provide space that are necessary for these animals. When making the boxes, it needs lots of sun and the ability to retain heat, and should be at least fifteen feet off the ground to protect against predators. Depending on your area, colors of the bat boxes can range from black and dark shades, to white and paler shades. Check out this guide from Bat Conservation International for bat box plans and more information.